It’s like ground hog day…  Last week, I had two fantastic runs–I was really doing it! Then WHAMMO, got hit with an infection and laid out on antibiotics.  Of course that did not mean I got a break from work or mothering, but it did eliminate the rest of my running schedule for the week.  So, the ground hog day part is, I’m doing week one of my training again this week!  I firmly believe in strong beginnings, no matter how many “starts” it may take.

Of course, it is all a  little easier to do when you are wearing a cute new RUNNING watch like this: 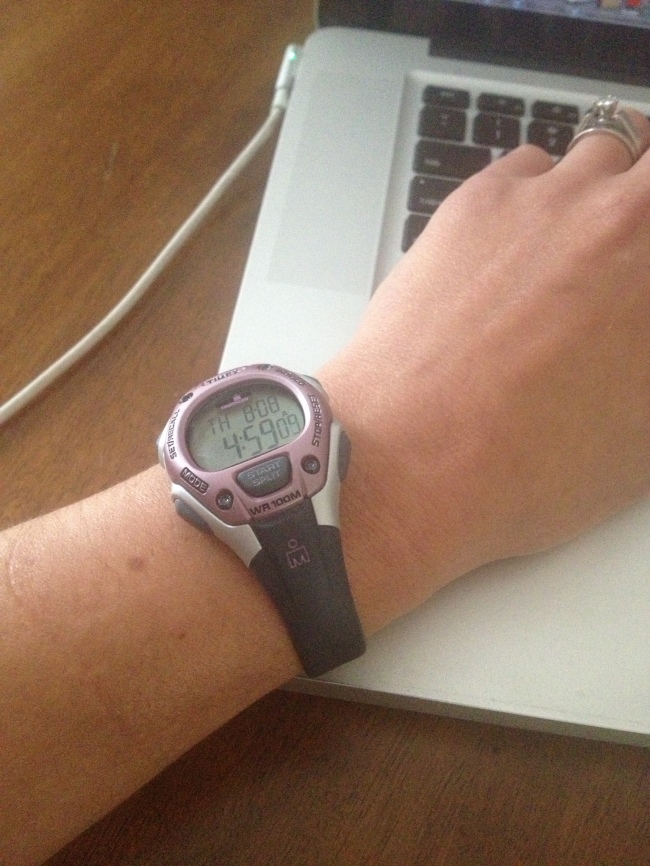 Makes me cuter when I run 🙂 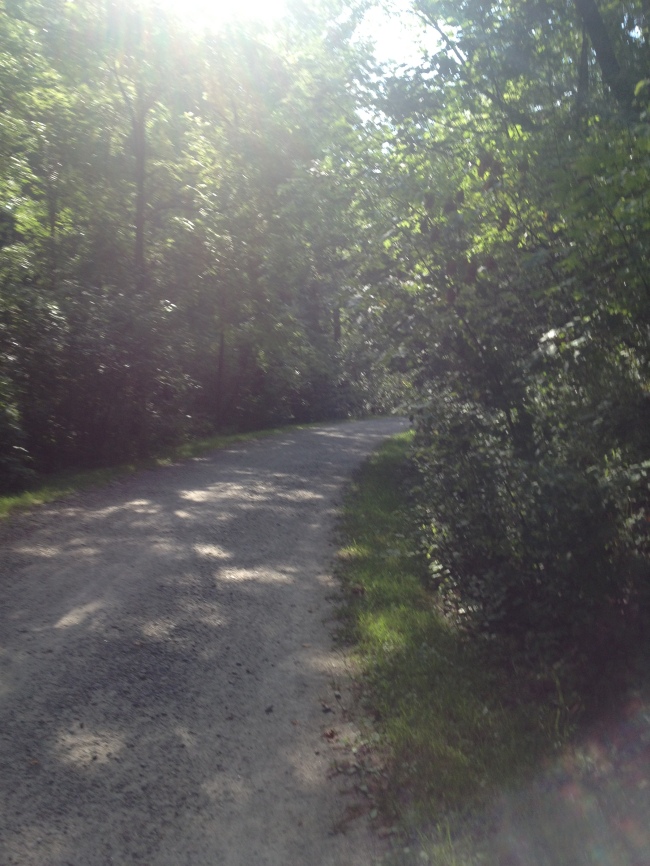 I am having a little trouble with nourishment.  My body is hungry all of the time and I seem to lose weight really fast when running.  If anyone has great advice, or some good links, I would appreciate your notes in the comment section below.  Low maintenance food is best.

Hope you are having a wonderful week pursuing great endeavors!!

I ran through my first puddle this morning!  As I felt the squish between my toes, I thought, “I have finally achieved hard-core running-ness”.

Running has been a long time coming for me.  As a child, my parents “forced” me to run for our homeschool PE activity.  I managed to make it an entire mile on a regular basis during my first grade school year, but continued on to the rest of my life with a great distaste (read “hatred”) for running.  Here are just a few of the reasons I hated running:

5. It is very, very hard to read while you run.

And to be honest, reading pretty much trumps everything in my life story.

Since turning 30, I began playing with the idea of running.  My puny and sporadic attempts involved a lot of walking, but I love 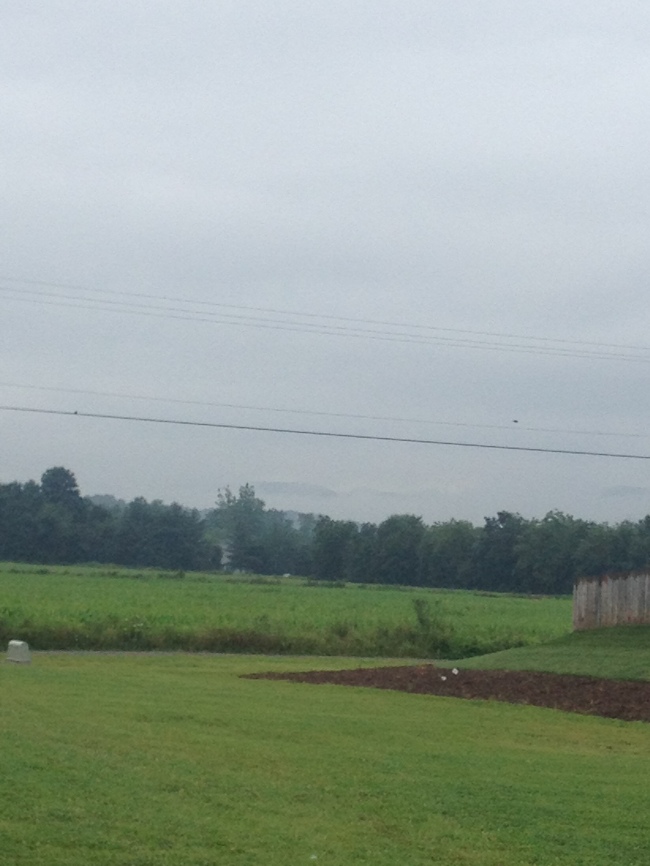 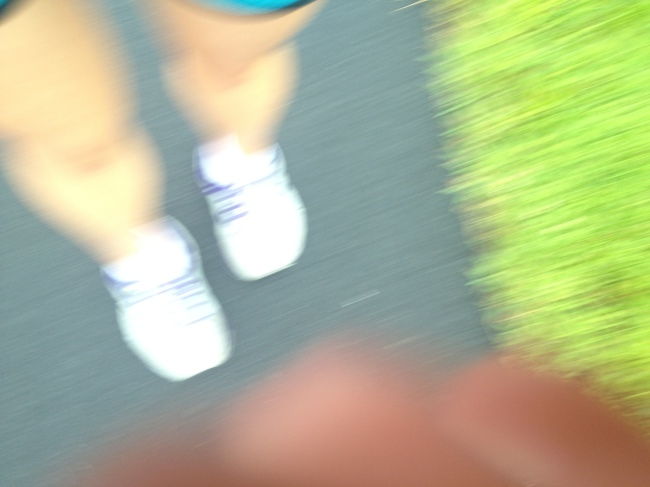 the fact that a few minutes of regular running made my body start looking more svelte immediately, improved appetite AND my mental state.  Why suffer through 60 minutes of kickboxing when 25 minutes of running could accomplish the same thing?  I am all about efficiency when it comes to pain.

Sometime last year, I downloaded “the Non-Runner’s Marathon Guide for Women” by Dawn Dais on my Kindle app.  It was such an entertaining read that without any thought of running, I realized I was halfway through the book!  The idea of a simple, practical, seemingly DO-able training schedule for a half marathon festered in my brain for half a year UNTIL my cousin mentioned the Disney Princess half marathon.  What?!??!  Running in Princess Gear??  That is practically like reading and running at the same time!

Something has shifted my friends.  This week I began an official training schedule for a half marathon.  I’ve not yet committed to the race, but I have committed to the training.  Baby steps.  And I ordered a super cute running watch, because obviously that is vital.  I’m probably going to need some new running outfits, too…

This morning, as I came back around the puddle stomping area, I was going much, much slower.  It was more like a wog (combination of walk/jog) by that time and I noticed the public trash can sitting in my puddle.  Umm, that squish in my toes was NASTY water!  This thought took a little bit of the spring out of my hygienic step.  But still, I RUN!